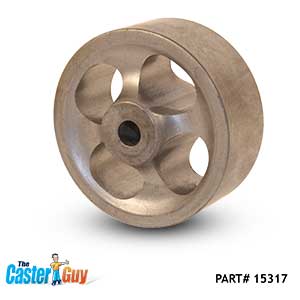 #3) Protection From Hot and Cold Temperatures

Another benefit of choosing sintered iron casters is versatility. You can use them in dozens of applications. Sintered iron casters are commonly used on dollies, hand trucks and other material handling carts. They are also used on bakery racks, server racks, shopping carts and even store fixtures. Regardless, if you need a reliable set of casters for an object, you can’t go wrong with sintered iron casters.