Flat vs Round Tread for Casters: Which Is Best? 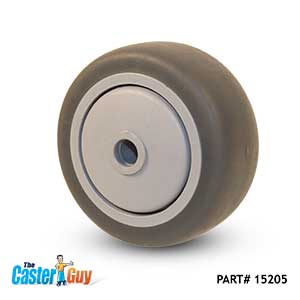 Casters are available with different types of tread. Some of them have flat tread, whereas others have round tread. Both types of casters of consist of wheels that can be mounted to the bottom of an object. Flat tread casters simply feature a different wheel design than round tread casters.

What Is Flat Tread?

What Is Round Tread?

Round tread is a wheel design that’s characterized by a smooth, rounded tread. Casters with round tread are also known as donut casters. This is because they are shaped like a donut. With round tread, casters don’t have sharp, pronounced edges around the wheels; they feature circular, donut-shaped wheels with smooth edges.

Whether flat or round tread, all casters will generate traction. Flat tread casters simply generate more traction. The sharp and pronounced edges will encourage greater traction with the floor or ground.

Benefits of Round Tread

Casters with round tread are also easier to turn than those with flat tread. They have rounded edges. With these rounded edges, you can easily turn the casters around the corners.

You can find casters with different types of tread. Flat tread consists of a flat design that offers an exceptional level of traction. Round tread, on the other hand, consists of a rounded design that’s easy to push and turn.