The Beginner’s Guide to Elastomer Casters 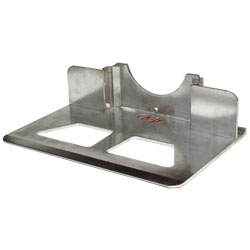 Choosing the right casters is important. All casters consist of an undriven wheel that’s attached to a mounting frame. You can install them on the bottom of furniture and objects, thereby allowing you to roll them. While there are many different types of casters, though, elastomer casters are one of the most versatile. They are durable, shock-resistant casters that are easy to use.

What Are Elastomer Casters?