What Are Dolly Caps? 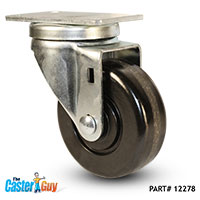 If you regularly move furniture, appliances or other heavy objects with a dolly, you may want to invest in a set of dolly caps. Dollies are material handling devices consisting of a four-wheeled platform. Rather than lifting and carrying heavy objects by hand, you can place them on a dolly. You can then roll the dolly to the desired location. While there are different types of dollies, though, they all support the use of caps. What are dolly caps exactly?

Dolly caps are protective strips that are placed on the top of a dolly. They are designed to protect objects, as well dollies, from damage.

How to Use Dolly Caps

Objects will typically only touch the two highest wooden beams of a dolly. You can transport appliances, for instance, by lying them down across the two highest wooden beams. With dolly caps, appliances won’t be exposed to the wooden surface of the beams. The dolly caps will provide a protective barrier that’s made of a softer material like rubber.

Dolly caps will protect objects from scratches, scuffs and other forms of damage caused by dollies. Dollies are made of wood. And like other wooden surfaces, these wooden beams can damage objects. Placing a heavy object directly on the wooden beams of a dolly may damage it.

You can also cut dolly caps so that they fit your dolly. Dolly caps are strips of a soft, protective material. If a dolly cap is too long, you can cut it. Cutting will allow you to shorten the dolly cap to accommodate your dolly.

Some dollies, of course, come with their own caps. Over time, these caps can wear down and degrade from heavy use. The good news is that you can replace them. If your dolly has worn or missing caps, you can buy new dolly caps with which to replace them.