Difference between Wheels and Casters 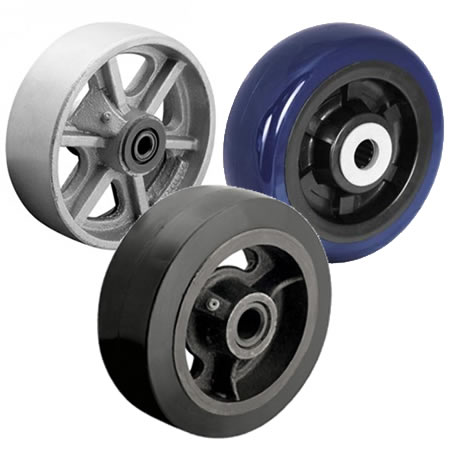 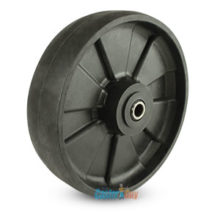 Wheels are round objects that are designed to roll when exposed to a force. Along with levers, wedges, axels and pulleys, they are classified as a simple machine. Wheels, of course, have been around for a long time. While it’s unknown when they were invented, historians have found evidence of wheels dating back to 4500 BC. Wheels are available in different materials depending on your specific application. Wheels can be made of plastic, steel, or rubber just to name a few common materials.

Casters, on the other hand, are wheeled rolling devices that are designed for use with another object. You can find them on industrial machines, medical carts, grocery carts, hand-dollys and more. Casters typically consist of a wheel within a metal frame. They are installed using fasteners that connect the frame to the object they will be moving. All casters have a wheel as one of the components. The wheel is placed inside of a metal frame where it’s able to roll when exposed to a force.

Some of the most common types of casters include the following:

Differences Between Wheels and Casters

Wheels and casters aren’t the same. Wheels are more basic than casters. As previously mentioned, they consist of a round object, which is able to roll when exposed to a force. Casters are more complex. They feature a wheel as well, but casters have a metal frame that allows them to be used in conjunction with another object.

Because they contain a metal frame, casters are also available in more types than traditional wheels. There are swiveling casters, for instance, that live up to their namesake by supporting swiveling movements. They don’t just roll back and forth. Rather, swiveling casters can swivel from side to side.

Casters are easier to install than wheels. You can’t just screw or otherwise fasten a wheel to an object. Instead, you’ll need to use a frame, which is where casters come into play. All casters have a frame — typically made of stainless steel or aluminum — that houses a wheel. With this metal frame, you can easily install them on objects.